Board of Directors and Committees

How the Board Works

With the help of Business Association expert Arte Maren, the Board of Directors reorganized in 2015. The goal was to expedite association business and for each member to clearly understand their role. The following guidelines were established. The Board generate ideas for the association and vote to pursue those considered viable. The appropriate committee chair is selected to develop these ideas. Committee Chairs solicit input from their committees and create a plan (CSW). This is brought to the president for approval, upon which it is put into action. The Executive Director may be called on to assist committee chairs with any part of the process.

Bob is an Industrial Engineer graduate from University of Miami. Bob proudly participates on several boards including NAGC, CIRCA, ABC of the Triple Cities, Inc., New York State Industrial Code Rule 59/60 and NSA. Bob is a member of the National Roofing Contractors Association, RCI, Green Buildings for Healthy Cities, VPPPA and LEED. Responsibilities include managing Sales and Marketing and overseeing Environmental Health and Safety for Evans Roofing Company, Inc.

Bob and his wife Pam live in Apalachin, New York with their only daughter Lauren attending Sage College of Albany and studying Pre Med.

Alan Buohl has been a Sheet Metal Superintendent for eight of the 28 years he has been employed at GSM Roofing. GSM is a commercial and specialty roofing contractor serving the mid-Atlantic region.

Several honors and awards have been bestowed upon Alan during his dedicated service at GSM. The Roofing Industry Alliance for Progress, an affiliate of National Roofing Contractors Association (NRCA), sponsors the Roofing Industry’s Most Valuable Player Awards (MVP) Program, which annually identifies and honors a maximum of 10 outstanding roofing workers nationwide. Alan was one of the NRCA’s MVP Award Winners in 2001.

NRCA proudly recognized GSM Roofing by presenting them with the Gold Circle Award for the Lititz Watch Technicum project located in Lititz, PA in 2002. Alan served as foreman for this project. His leadership demonstrated the high standards of craftsmanship and exceptional effort by professional roofers.

Alan and his wife Deborah are enjoying the teen-age years with their son and daughter. Josh keeps him active with hockey while they also enjoy hunting and fishing together. Mallory is attending Penn State University’s Berks campus and enjoys her job as a waitress at an upscale restaurant near her home. Alan and Deb both work out at the gym together to keep their health in check.

John Chan started slate, tile and copper roofing at The Durable Slate Company while on summer breaks during college in 1986. He resumed his career full-time after graduating from UCLA with a degree in Economics in 1989.

After working through the ranks in the field, he became one of the principles of the company in 1992. In 1996, he moved and opened the Cincinnati branch office. Once that office was fully staffed, he went on to open up the New Orleans branch office in 2006. Over that time span, he has been on over 10,000 slate and tile roofs all over the United States and Europe.

John has given many lectures/workshops on slate, tile and copper roofing including ones for: The Preservation Resource Center, The Ohio Historical Society, Cincinnati Preservation Association, University of Cincinnati, Department of Design and Architecture, Tulane University, Department of Architecture, International Preservation Trades Network, Traditional Building, The Restoration Industry of America, The Slate Roofing Contractor’s Association and many others.

While at Durable Slate, John was instrumental in the completion of many high profile jobs such as The Ohio Governor’s Mansion, Columbus, Ohio, St., “The Wedding Cake House”, New Orleans, LA, Ephesus Seventh Day Church, New York City, NY, Church of All Saints, Keokuk, IA, and the Sarasota County Courthouse, Sarasota, FL. Some of these jobs have garnered some impressive awards, such as the Church of All Saints. It was Durable Slate’s 3rd Gold Circle Award, given to the Project of the Year, by the National Roofing Contractor’s Association. Durable Slate is also the proud winner of the Better Business Bureau’s International Award for Market Place Ethics. This award is only bestowed on one company per year, for each size of company (3).

John is proud to have served on the Board of the NSA since 2007.

Clay Heald is the Vice President of The New England Slate Company, located in Poultney, VT and has been working with the firm for the past 11 years.

Clay is a native resident of the Vermont slate district where he grew up, attended high school and studied business management at nearby Castleton State College. Responsibilities include sales, product sourcing and quality control during the various slate finishing processes. Clay has been involved in numerous high profile projects around the country and travels nationwide exhibiting at roofing trade show and making customer visits.

As a representative for numerous independent slate quarries, The New England Slate Company markets and distributes the full range of natural roofing slates nationwide and overseas.  They are also the exclusive North American distributor of Penhryn Unfading Purple slate from Wales, U.K. The New England Slate Company is a charter member of the National Slate Association and is involved with several industry trade organizations. 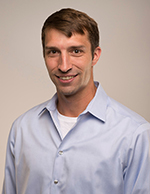 Tom Stortz has been a part of John Stortz and Son, a fifth-generation family-run business, for the last 12 years. Stortz Tools, located in Old City, Philadelphia since 1853, manufactures and distributes slate and sheet metal tools to roofers and the trades. Through this longevity and an emphasis on quality workmanship, the business offers some of the finest slate tools available today. Tom graduated from the University of Pittsburgh with a Finance degree. His role at Stortz involves looking to the future by developing e-commerce platforms and social media marketing for the business. He is also tasked with growing a network of roofing distributors and contractors from not only the US, but internationally as well. There’s a good chance that if you are a slate roofer, you’ve used a Stortz ripper, hammer, or cutter!

Russel Watsky is an independent roofing consultant, with over 25 years as a contractor specializing in historic roof restoration. He provides knowledgeable, unbiased roofing advice for private homes, commercial buildings, churches, and historic structures. He is not affiliated with any roofing contracting company, supplier, or manufacturer.

Rus’ experience in roofing began in 1963 working during school vacations for Julius Watsky, Inc., the roofing company founded by his grandfather in 1917. The company was highly regarded for the quality of its copper-work and traditional flat roofing and provided Rus with the benefit of learning from some highly skilled tradesmen. One of the most memorable was Ralph Angelori, a slater who was 80 years old when Rus spent the summer working with him.

When Rus’ uncles dissolved Julius Watsky, Inc. in the 70s, Rus joined Westal Contracting, and became president in 1993. He advanced the company’s reputation as a leader in historic roofing and commercial flat roofing. Under Rus’ leadership, Westal worked extensively with the National Trust for Historic Preservation, worked at Ellis Island with New York Landmarks Conservancy, and received a national award for workmanship at the Jay Mansion in Rye, NY. 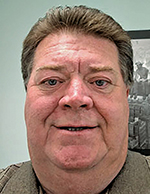 In addition to Executive Director of the NSA, Brad Walters is Executive Director of the Southern Tier Builders Association in Falconer, NY and the Associated Building Contractors of the Triple Cities in Binghamton, NY. He has over thirty years of experience in the construction industry, including civil engineering, land use planning, zoning and infrastructure development. Brad earned his bachelor’s degree from Edinboro University.

Dan Cornwell is the President and cofounder of CC&L Roofing Co established 1978 in Portland Oregon, he is also the principal of Cornwell Consulting Group LLC founded in 2007. Dan is a charter member and director of the National Slate Association and served as President of the association from 2007 to 2010. Dan is currently serving a three-year term as a director of the Western States Roofing Contractors Association where he previously served on their board for 10 years and was President of the association in 2004/05.  Dan is also a charter member, director and Vice President elect of the Portland Chapter of IIBEC (formerly RCI) and serves as the program director and codes committee chair of the Associated Roofing Contractors or Oregon and SW Washington.

Brian Chalsma is the President and co-founder of The Roofing Company Inc. and The Remodeling Company in Hampton, Virginia. TRC offers a full range of roofing and remodeling services and specializes in the preservation and repair of historic homes and structures. Recognized as a local expert on historic slate roofs, Brian and TRC have assisted hundreds of residential customers in the historic areas of Williamsburg, Norfolk and the surrounding Tidewater region.

With an emphasis on customer service, TRC has received The Virginia Pilot Readers Choice Best of Hampton Roads Award; Angie’s List Super Service Award, The Daily Press Choice Award for Best Roofing and is also the WAVY TV 10 Roofing Expert on Your Side.

Brian’s years of experience working with slate roofs includes not only sales, procurement, installation and repair, but also consulting for historic preservation organizations, serving as an expert witness in roofing related litigation, and leading TRC’s team in ongoing education and systems improvement.

Brian and his wife Teresa live in Newport News, VA with their three daughters. They are active as a family in their church, various charitable organizations in their community, and the numerous after school activities of their daughters.

North Country Slate is a proud a second-generation family owned business. As Chris has followed in his father’s (David Large former National Slate Association BOD) footsteps learning the business from the ground up during his summers off from high school. It was then that he started to learn about slate quality, material handling, and installation techniques. After graduating from the University of Ottawa in 2005, Chris became a member of the sales team at North Country Slate, learning from a steadfast group of longstanding, key employees. He has spent extensive time at the Glendyne slate quarry in Quebec, Canada learning about slate quarrying and manufacturing as well as numerous trips to the ‘Slate Valley’ in Vermont / New York.

Over 25 years ago Robert Raleigh Jr. established Renaissance Roofing, Inc. with his sons Robert Raleigh III and James Zipse. From the beginning the company was built on an idea, the idea that a roofing company should provide the highest level of quality and customer satisfaction while solving even the most complex of roofing problems.